It has been six months since I traveled to California to see Sally's puppies. The pups are eight months old now and have all been in their new homes for several months.

Flint, Smiln Dal's One More For The Road, is here at Smiling Dalmatians along with little sister Ruby, Smiln Dal's Red Letter Day. They have been growing up and Mr Flint will soon get his feet wet in the conformation ring. 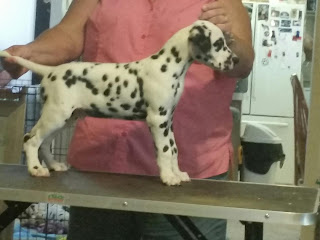 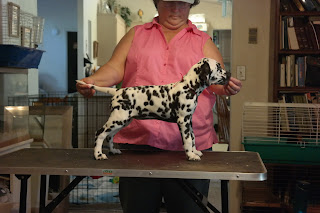 Jasper is living the good life with owners Mr and Mrs Dickman in Beverly Hills, California. 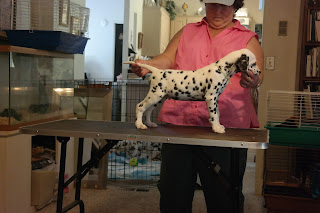 Amber, now Dita is Smiln Dal's Talk Of The Town, is also in southern California with The Bowman family. 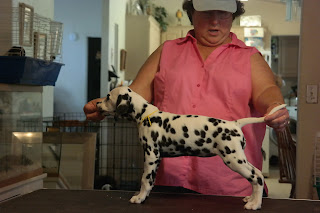 Opal, now Aspen stayed with mom and the rest of the Wooden family in Bakersfield, California and has already entered the show ring earning several points towards her AKC Championship title. Along the way Aspen has earned her Canine Good Citizen title. 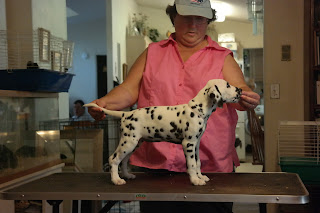 Sapphire is in Idaho with the Stevens family, a fire fighter, his wife and three boys. 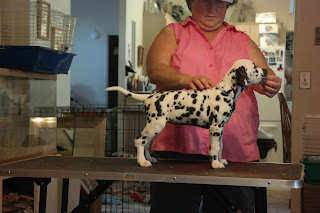 Pearl, now Libbie Smiln Dal Spotsalot Stand For Liberty, is growing up on the California coast with good friend and long time Dalmatian breed Patty LaRose and her husband Dennis. 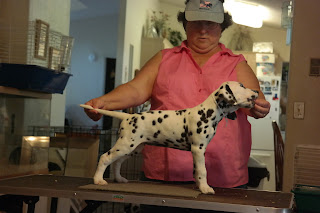 I hope to be able to post photos as soon as I get some good ones, it's been a little hectic here the last few months with John and I both on the road at times for work and shows. But we'll get them! Meanwhile please enjoy their eight week pics.

Posted by Smiling Dalmatians at 3:29 PM No comments: