A Fork in the Road

It has been a very busy couple of weeks. The puppies went in for BAER hearing tests and first puppy vaccinations. Along with a trip last week to Oregon to be evaluated by AKC Judge and puppy elevator Pat Hastings.

The hearing tests went as expected. Both girls are bilateral hearing, meaning they hear in both ears. Nod was found to have no hearing in his left ear, unilateral hearing. While this does not in any way keep him from being a wonderful companion, it is my feeling as a breeder that with Nod also having a blue eye I would not want to use him in my future breeding program.

The puppy evaluations were interesting. While I value the opinions of other breeders, in the end it is my decision to make as far as which puppy goes where and for what purpose. 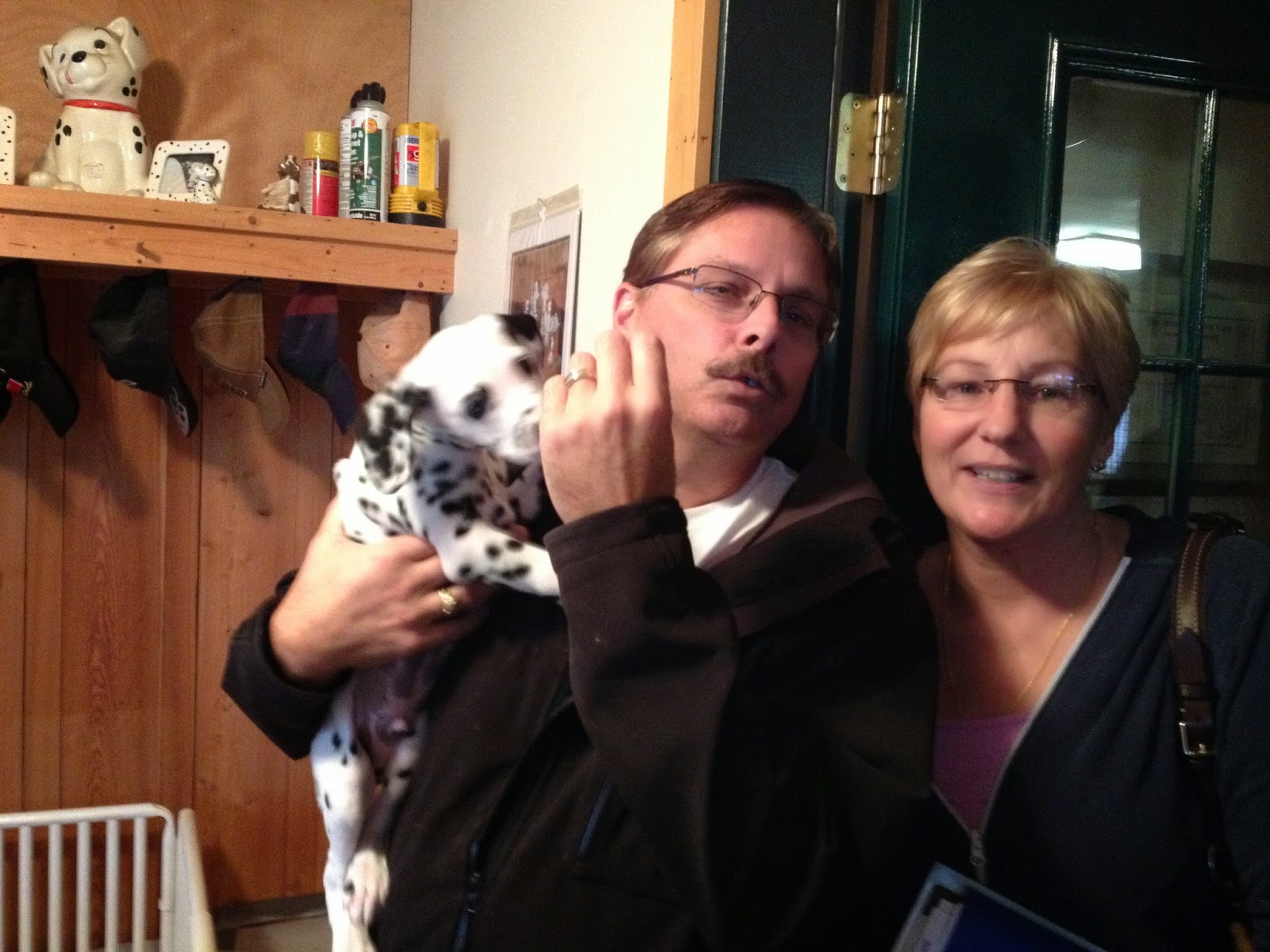 It was the decision of myself and my co-breeder that Nod be placed in a companion home. Now named Bentley, he is going to have a wonderful life with new owners Vivian and Murray McMahon in WA. Bently has an older brother, Frankie, from one of my previous co-bred litters in CA. 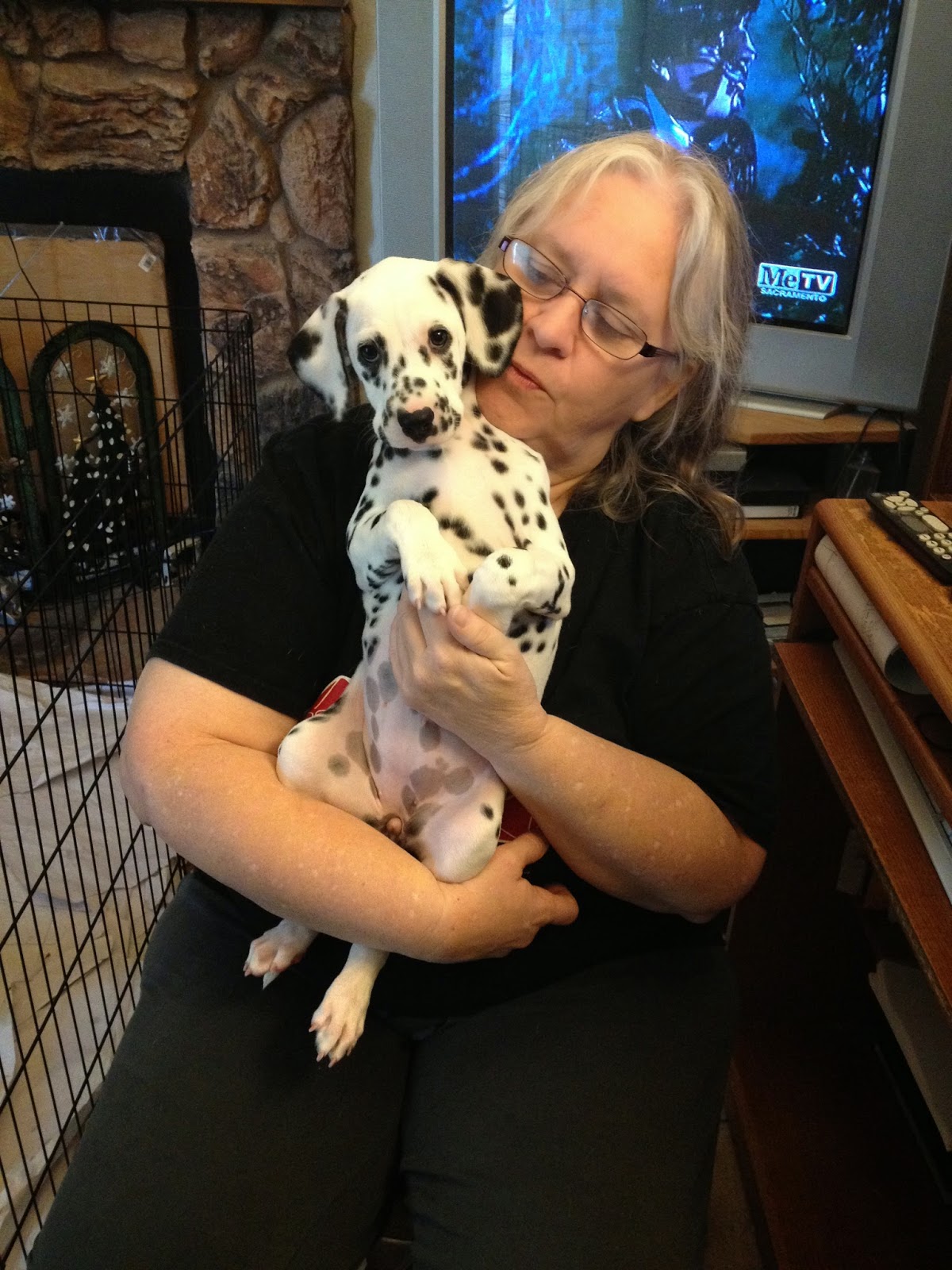 Wynken, now Summer, is going to be living in CA with co-breeder Claudia LaMonica. We will be keeping an eye on her and watching to see if she has show potential. 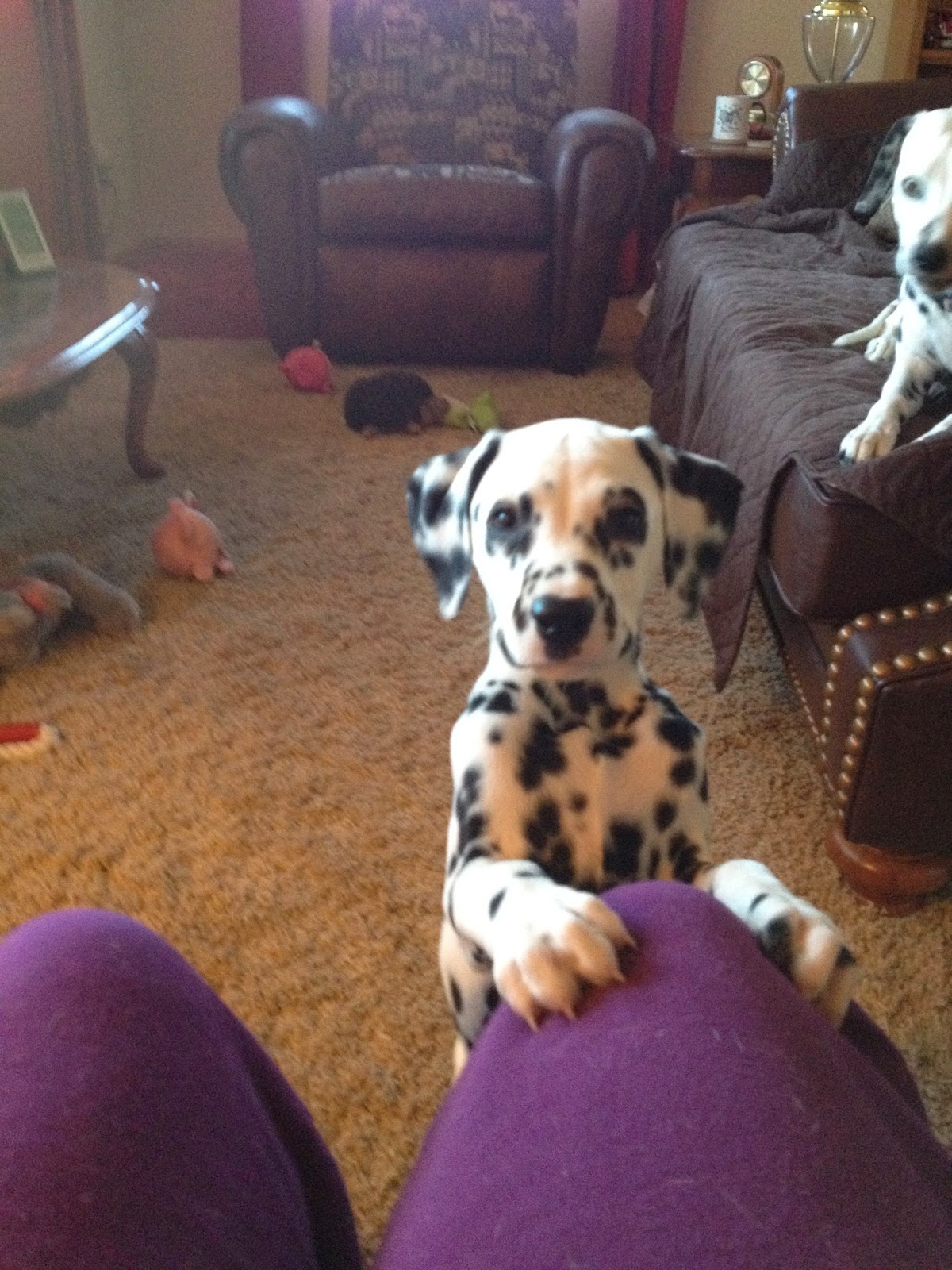 Finally Blynken, now Soleil will be staying here at Smiling Dals where we will be watching her grow up in hopes that she too will have a future show career.

It was so much fun having this litter. Even though there were only three puppies, we feel there is promise in the two females Summer and Soleil. But only time will tell. We did have wonderful temperaments and awesome personalities in these three. None of them were phased by the various trips in the car or their time spent in crates.

They were outgoing and friendly with everyone they met. Dr. Debra Mack who performed the hearing tests, my friend Kristi who met me in Boise to help with that, my co-breeder Claudia whom they had not met before, Pat Hastings who evaluated them and the numerous others they encountered along their journey from birth to this fork in the road where they have all gone their separate ways.

Each has a journey ahead and I can only pray that as a breeder I have done everything I possibly could to prepare each puppy for his or her new life.


Posted by Smiling Dalmatians at 10:00 AM No comments: